MILMAG Military Magazine is one of the 3 Polish magazines which, thanks to Fabryka Broni, received the new 5,56-mm Grot S16 FB-M1 semi-automatic rifle for testing (It’s here – Grot S16 FB-M1, 2018-04-05). We got the firearm before it was released to the market so we could examine it and inform the manufacturer about our observations and conclusions.

The exact Grot S16 FB-M1 tested my MILMAG. Firearm`s reliability is great – after over 1200 rounds we didn`t have a single malfunction. /Photo: Paweł Ścibiorek

We picked our Grot up on 4th of April 2018 from Radom and started testing the next day. We wanted to provide MILMAG`s readers with an honest assessment. Right after taking the firearm from its protective covers it was subjected to many different trails. Grot was intentionally covered with sand, we shot it from various stances and at pretty wild angles. It has been fully disassembled and reassembled. A rifle was tested by around 60 shooters, including top competitors in long-range shooting.

During the following two weeks, we fired over 1200 rounds from our Grot S16 FB-M1. We used many different brands of ammunition, including GGG (this was our main testing ammo – both civilian and NATO rounds), Fiocchi, Barnaul and even some military-grade rounds from Mesko. During this time we did not experience a single jam. The rifle mechanisms worked without a flaw. Grot is also miles away from AK-based firearms in its ergonomics and functionality. 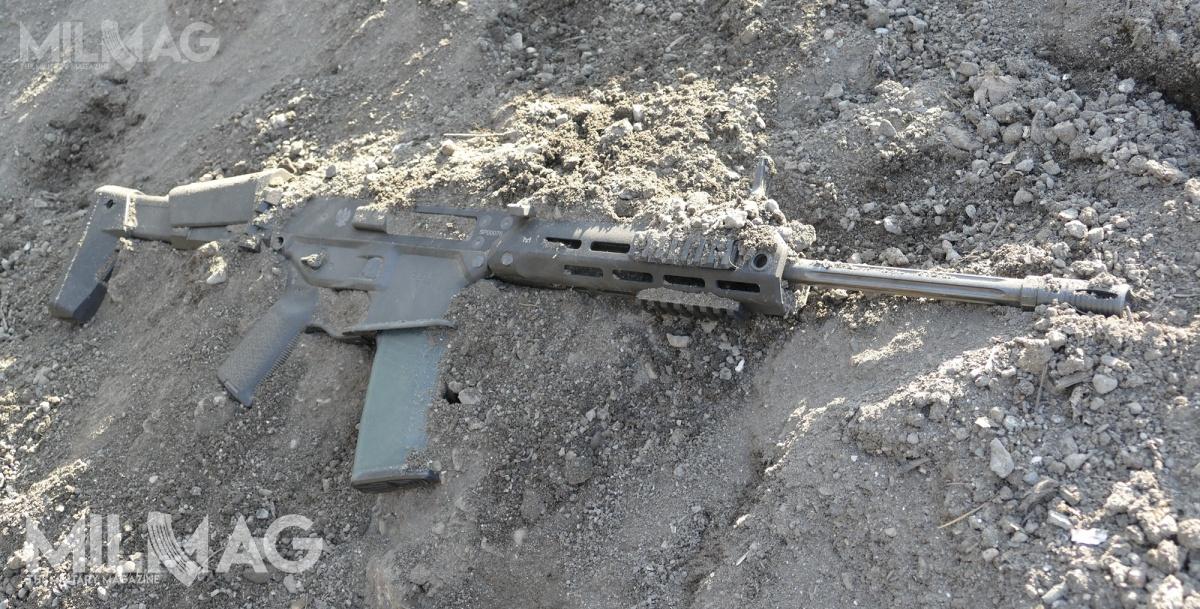 During our trials be subjected the Grot rifle to many adverse conditions. We believe we are the first in Poland to test a civilian firearm in such a way. /Photo: Remigiusz Wilk

Unfortunately, we picked up on a few issues which, in our opinion, impinge general characteristics of the weapon. What`s worse, the problems aren`t noticeable with a new Grot and start surfacing when around 700 rounds are fired. Initially, we believed the issues occur only in one rifle – ours.

We want to point out, that Fabryka Broni response was rapid. After our remarks, a new lower receiver with improved trigger group was provided. All the modifications to the above-mentioned parts are also to be included in the manufactured rifles which results in a delay of deliveries to the civilian distributors. All this sounds a bit cryptic – we will provide more details in the upcoming article in MILMAG Military Magazine.

In our opinion, Grot S16 FB-M1 has an amazing potential and its modular construction is a great base for future improvement. However, considering our journalistic honesty and objectivity, we can`t say buy this and have clear conscience. At the moment, we would need to finish the article on Grot with better wait for an improved version. 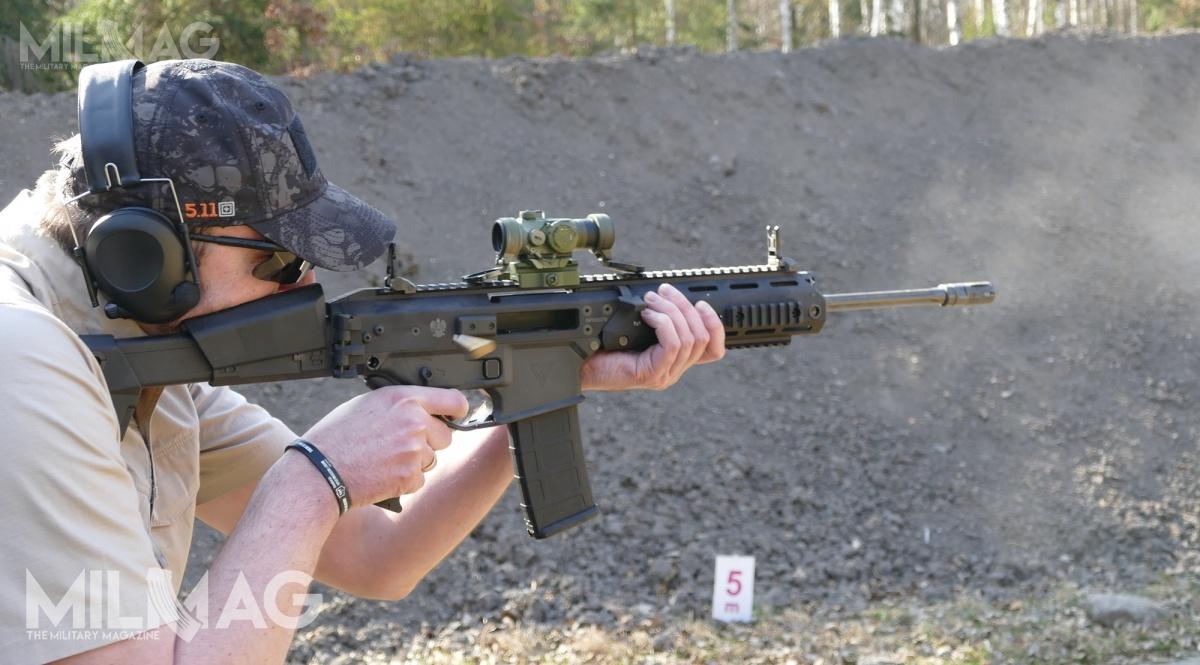 The controls are placed just right. It needs some getting used to but doesn`t take long. /Photo: Remigiusz Wilk

We presented our conclusions to Fabryka Broni Board of Directors and Grot`s designers and suggested a few changes, which will address all the issues observed by MILMAG when testing. Moreover, we also managed to convince the Lucznik representatives that potential buyer should have the possibility of chooseing the desired Grot configuration at the point of purchase.

We are really happy to inform, that our conclusions were noticed and accepted by Fabryka Broni. Unfortunately, perfecting the design will take time. The reaction was very quick and today we were informed, that Lucznik is starting the modification process.

Modifications will be carried upon the trigger group, the buttstock and the handguard. Modified buttstock housing will be introduced first and enable the use of commercially available AR buttstocks. At the same time a new trigger system, compatible with commercial AR trigger groups, will be developed. Simultaneously, Lucznik will continue working on the existing trigger mechanism to fulfil the needs of civilian shooters. Last change will affect the handguard – it`s going to be lengthened. All the modifications will be implemented in the last quarter of 2018. 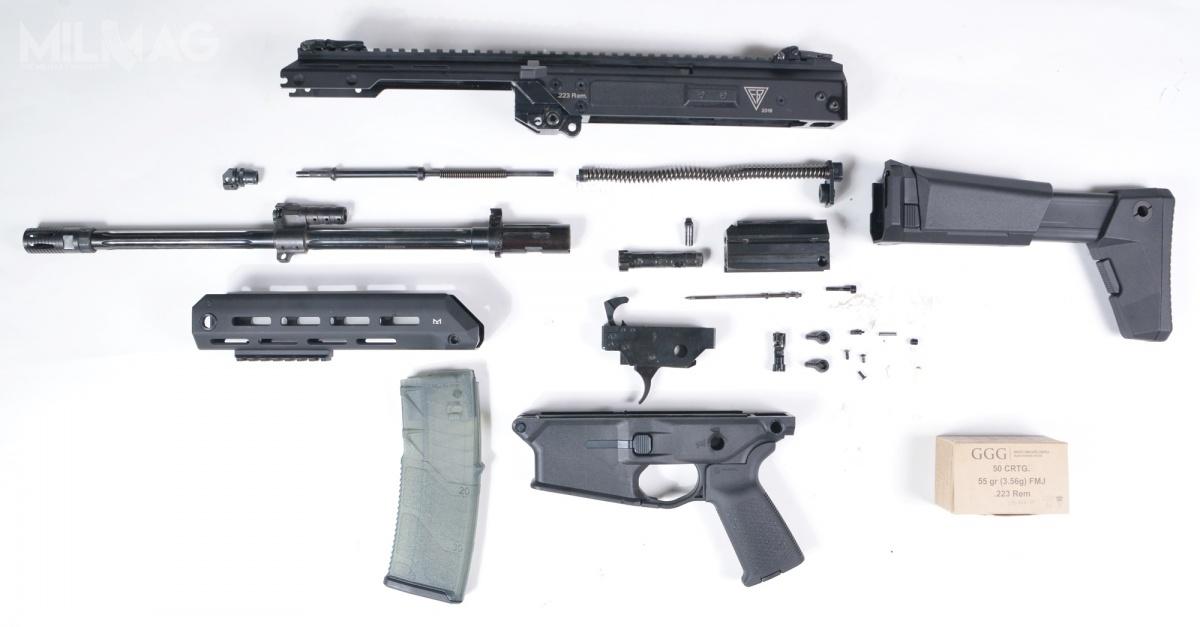 It`s important to mention that Grot S16 FB-M1, thanks to its modular construction, can be modified by the end-user. Going further, there will be a possibility of choosing the desired configuration when purchasing the firearm. Future buyer will be able to choose Grot S in its base form, almost identical to military version, or a modified version, adapted to competition shooting. Different trigger groups or AR buttstocks are just a beginning of what can be achieved with Grot`s modular construction. 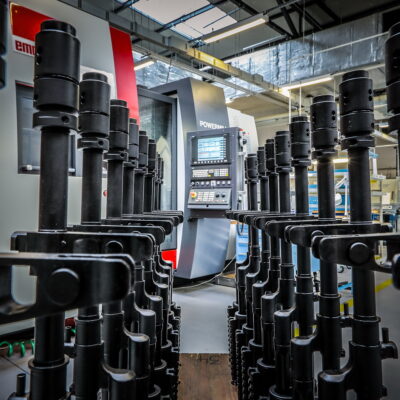 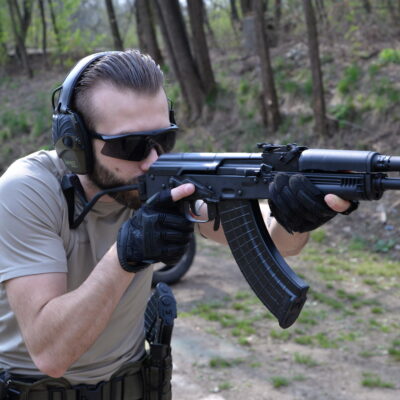 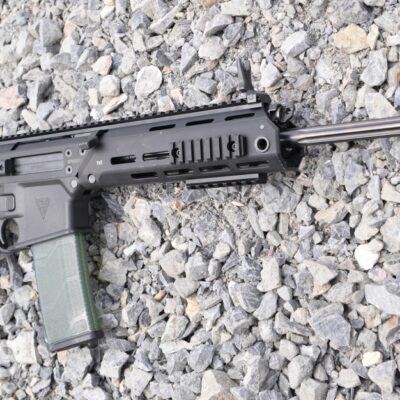