Four year contract for 53,000 of Grot CF-16FB-M1 assault rifles was signed at the MSPO.

On 5th September the biggest contract in 30 years for assault rifle was signed at MSPO exhibition. It concerns procurement of 53,000 of assault rifles for WOT (Territorial Defence Forces). This contract also crowns a very important stage in Modulowy System Broni Strzeleckiej development process for the 5.56 mm. The whole family of MSBS-5.56 was named Grot (MSBS-5,56 new name, 2017-09-05). 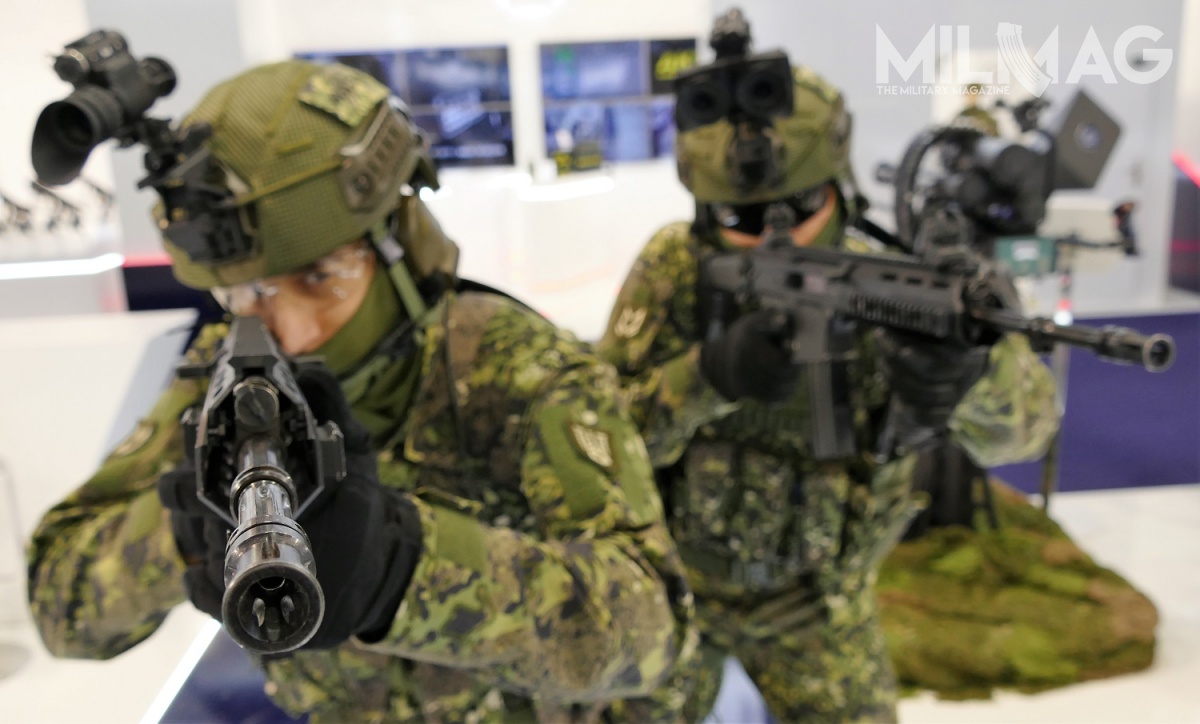 Grot assault rifle is the first firearm since Polish Independence in 1918 to be designed and manufactured in completely in Poland. All weapons used in the Polish Army up to now were original or re-designed foreign constructions, mainly from Germany and Soviet Union

This historical event took place at 1550 at the pavilion C afar lengthy negotiations which took place in Krakow and finished at 0630 the same day. For the Fabryka Broni the contract was signed by CEO Adam Suliga and Board Member Maciej Borecki. Polish Army was represented by Colonel Miroslaw Krupa, commander of Jednostka Wojskowa Nil (JWN). Minister of Defence Antoni Macierewicz, CEO of PGZ Blazej Wojnowicz and Board Member Szczepan Ruman were also in attendance. 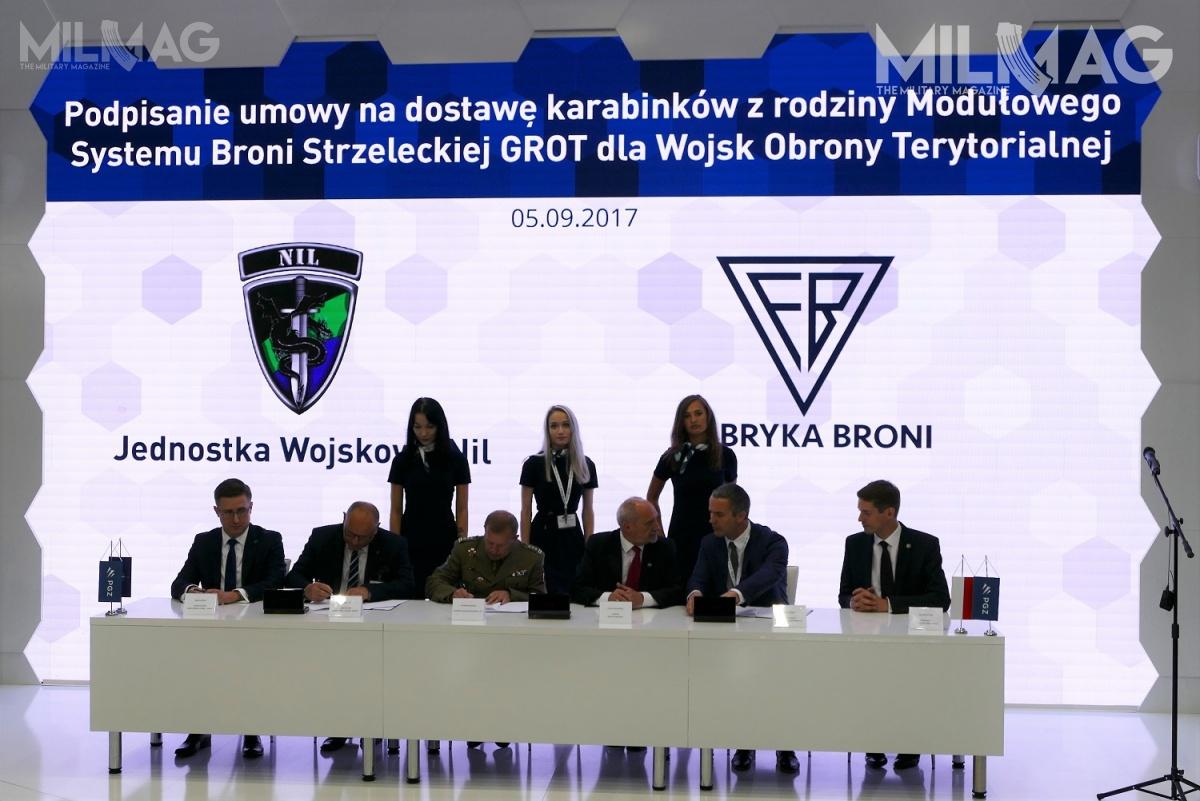 The PLN500 million 4-year contract concerns purchase of over 53,000 Grot C16FB-M1 service rifles by WOT  (2/3 of this quantity is a guaranteed order). First 1000 units will reach WOT units by the end of 2017. We managed to find out, that these will be so called zero-series models. Interestingly, Major-General Jaroslaw Mika, informed MILMAG, that Grot rifles will not only be distributed to WOT formations but also to regular units. This was also emphasized by the Minister of Defence

Assault rifles will be delivered with foldable iron sights, bayonet, 8 magazines and a sling. Contract also requests weapon cross-sections as training aids. Additional contract will be signed to procure training munition conversions. Some rifles will be equipped with GP underslug grenade launchers. 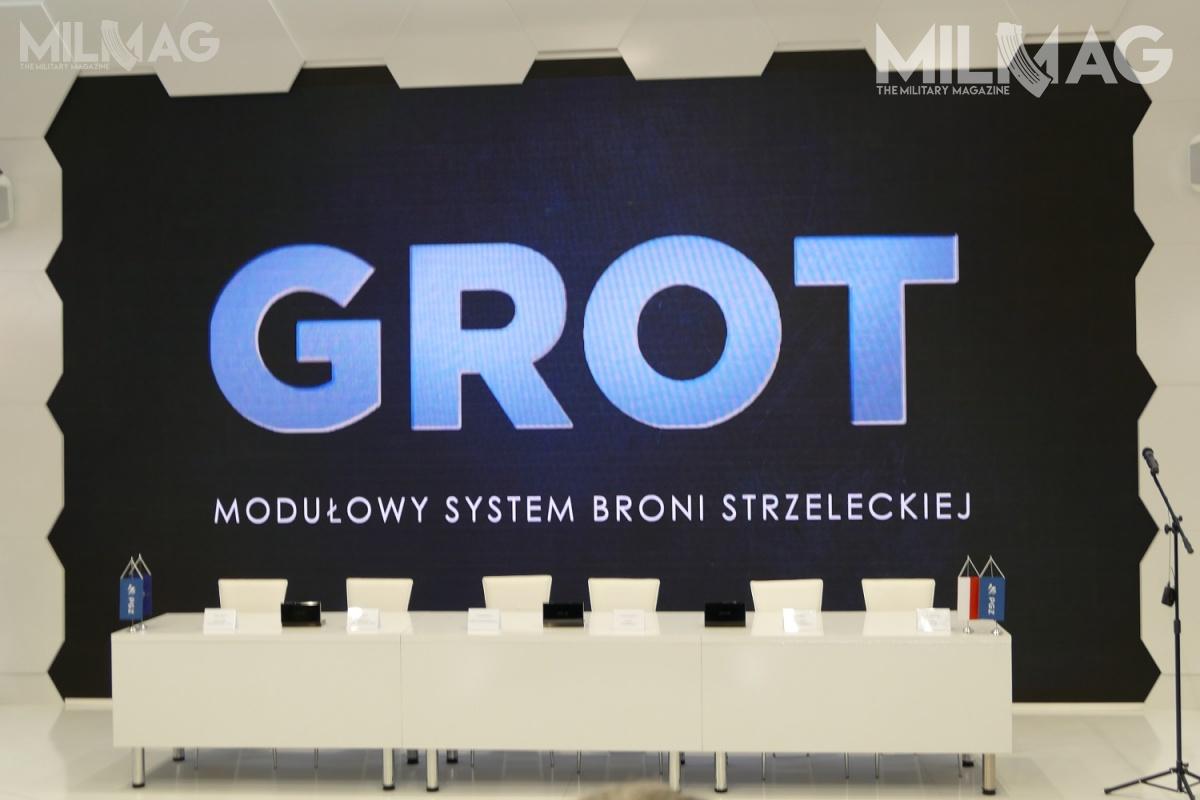 Until now, these carbines were known as MSBS-5.56 (an acronym from the full name). Name Grot was confirmed when the contract was signed / Photos : Remigiusz Wilk

It’s worth reminding, that the four key people involved in all stages of design were PhD. Eng. Ryszard Wozniak and Colonel Miroslaw Zahor from Wojskowa Akademia Techniczna (Military Univeristy of Technology), and technical director Pawel Madej with construction engineer Norbert Piechota from Fabryka Broni. Obviously, a lot bigger groups were involved from both WAT and Lucznik. 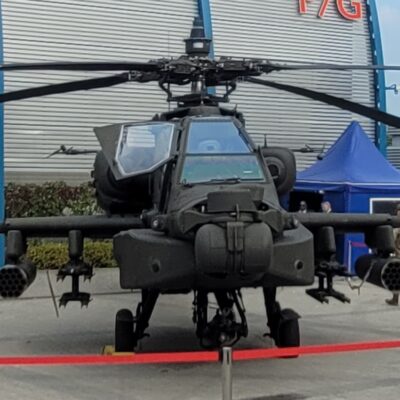 Boeing update on the Kruk programme 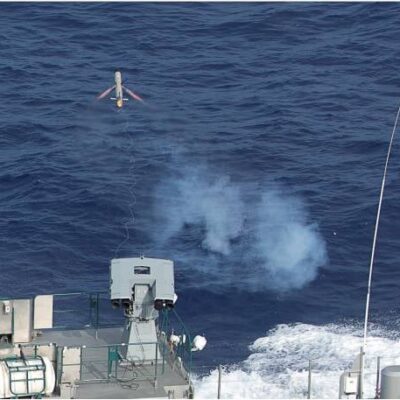 Presentation of the Rafael Naval Warfare Systems Directorate offer for the Polish Navy. Israeli-made weapon systems might be applied to… 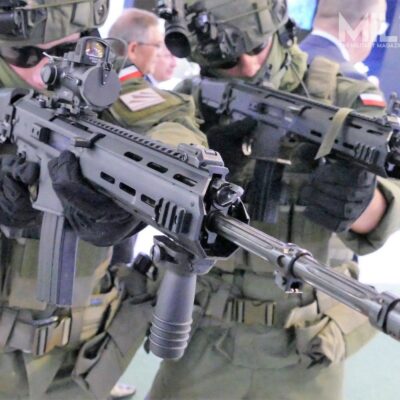