In December 2018, PIAP Institute for Automation and Measurements, delivered the PIAP GRYF mobile robots to the Romanian Armed Forces. The platforms will be used for ground reconnaissance and in hard-to-reach areas. 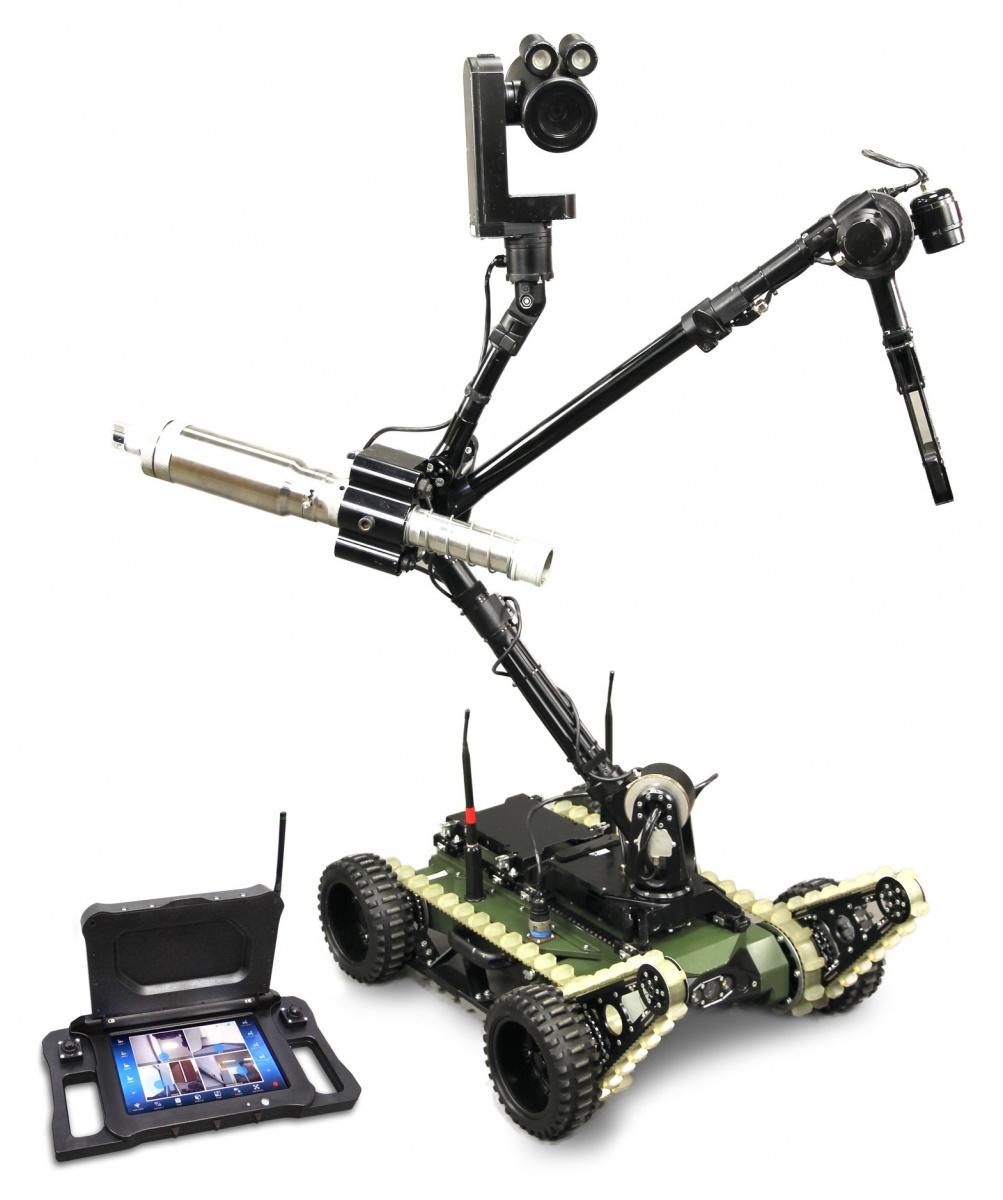 The robot was modified to match the requirements of the Romanian army. Changes included a new, lightweight control panel equipped with a full HD touchscreen and 2 manipulators. Additionally, GRYF was equipped with a self-carried tool chest containing automatic wire cutter, glass breaker and tire spike. Fixing point for a recoilless pyrotechnical launcher was also installed. This package increases the tactical possibilities for robot`s utilization.

GRYF robot is controlled by a 5-step manipulator and can pick up loads of up to 15 kg. Wheels are easily removable – this lessens the platform`s footprint and allows for tight confines utilization. Thanks’ to it`s propulsion system, GRYF is capable in all kinds of terrain and can cross obstacles of up to 45 degrees. Platform is also very agile and maneuverable. Low weight simplifies the transportation and deployment process while modular build makes it easy to change the equipment.

PIAP is the first and biggest of Polish manufacturers of EOD mobile platforms. They offer a family of 9 robots for EOD and reconnaissance tasks. PIAP`s new specialization is the CBRN detection and analysis equipment. PIAP products are used by various force departments in countries such as Poland, UAE, South Korea, Nigeria, Saudi Arabia, Switzerland and Indonesia.