The Lukasiewicz – PIAP Institute delivered counter-EOD sets to Vietnam. Each one of them consisted of a pyrotechnic ambulance based on the Mercedes Sprinter vehicle, along with auxiliary equipment, an EOD robot and a trailer with a Vera-type based ventilated explosion containment vessel with resistance to explosion of up to 5kg in TNT equivalent from our Jakusz partner / Picture: The Lukasiewicz – PIAP Institute

What did the contract with the Vietnamese Army treat about?

We have prepared for this contract for two years, so it’s safe to say, that it was quite a long adventure. We approached our future Vietnamese client in a standard way, just as it’s done in this business. Our partner, which we built relations with for a long time, helped us to prepare a special products and offer catalogue, published in Vietnamese language, which was sort of an sensation. Thanks to this we could reach out with our offer to high ranking officers in the Ministry of Defense of Vietnam, as well as individuals, who will be directly using our equipment.

The main recipient of our equipment is the engineering corps of the Vietnamese Army, which are in the midst of developing its capabilities related to EOD operations. Their representatives visited our facility in Warsaw several times. During each visit Vietnamese delegations repeatedly confirmed, that they have already worked out tactics for conducting EOD operation. The one thing they lacked was the proper equipment.

During their last visit to Poland, the Vietnamese delegation inspected and evaluated our technological capabilities. However, I’d like to underline the fact, that they did not check our manufacturing capacity, because the Lukasiewicz – PIAP Institute is not a manufacturer, providing its products, like EOD robots in hundreds or thousands. Our advantage, which we try to present to our foreign partners and clients, is that each of our 9 robots or mobile bases, could be adapted and adjusted accordingly to their particular needs and requirements.

Our Vietnamese client decided to procure a mobile platform, which has been on the market for quite some time, that is the EOD robot Expert. The Army wanted a typical military platform with adequately small diameters, especially in relation to its width. The client payed less attention to such parameters as speed, lifting capacity or accessory base.
In order to prepare the EOD robot Expert for Vietnam, we had to adjust it to client’s specific requirements. Therefore, we do not call it a typical Expert, but rather an Expert-S (Special – Milmag edit.). The platform was equipped with a fibre optic installation. We were also able to install additional onboard equipment, such as a special holder for auxiliary accessories,including the MO-2M explosive detector or new drive unit.

Overall, the contract covers delivery to Vietnam of three EOD sets, each consisting of a pyrotechnic ambulance based on the Mercedes Sprinter vehicle, along with auxiliary equipment, an EOD robot and a trailer with a Vera-type based ventilated explosion containment vessel with resistance to explosion of up to 5kg in TNT equivalent from our Jakusz partner. The ambulance was designed and modified especially for the Vietnamese client in association with a Zeszuta company.

It’s worth mentioning that both, us and our partner, consider this delivery as a test. We assume that the Vietnamese Army perceives it in the same way. In our understanding, our client is too big to limit its EOD-like operations to merely three pyrotechnic sets. We consider the Vietnamese market as very future-oriented, but at the same time as a one which will see a big industrial competition in the future. 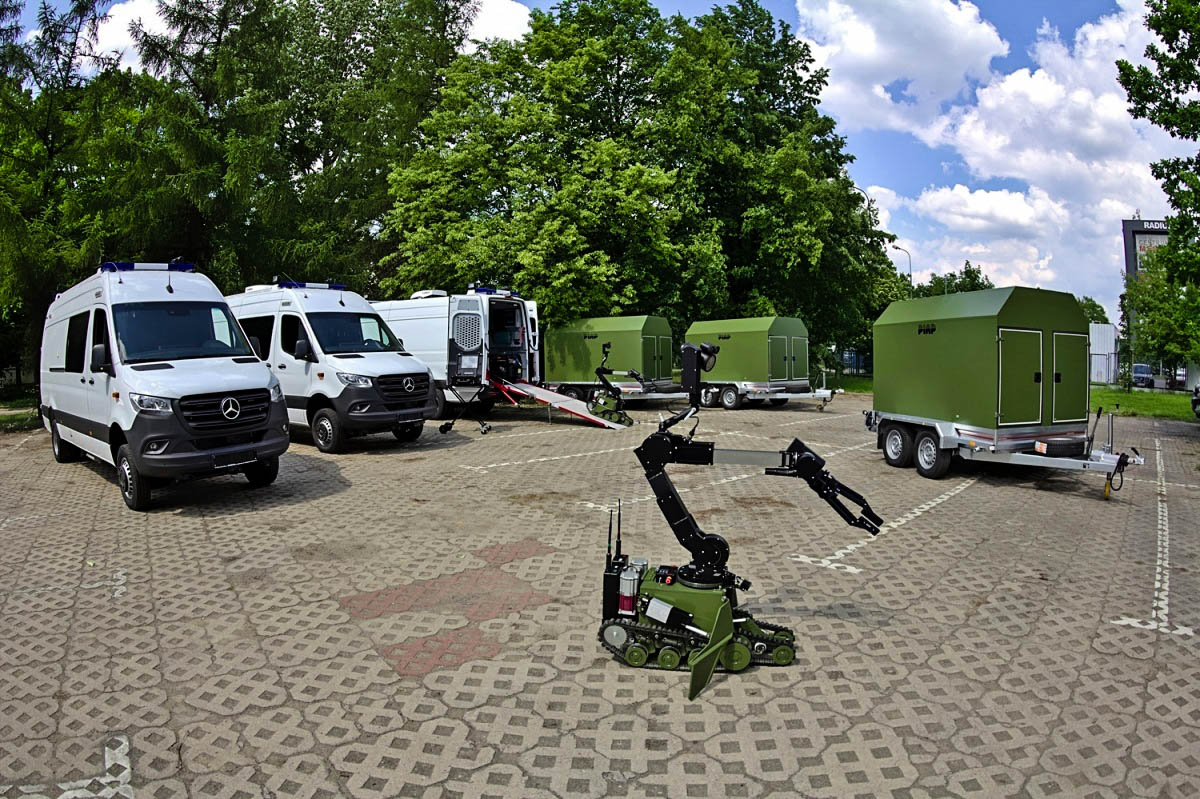 Modifications to the original design of the EOD robot Expert, implemented in order to make the platform compliant with the requirements of the Vietnamese Army, included installation of a new drive system, batteries and a fibre optic cable. The manufacturer managed to keep most of robot’s catalogue parameters, such as endurance, speed or lifting capabilities / Picture: Lukasiewicz – PIAP Institute

Who did you partner with for the Vietnamese contract?

We partnered with a Poland-based company, owned by a Vietnamese entity. The company is sort of a liaison between the Vietnamese MoD and manufacturers from our region.

When and how did the Vietnamese client approached you first with its requirement?

Just as I said, the Vietnamese Army already had a worked out tactics for conducting EOD operations, but lacked a proper equipment. There are not so many manufacturers of robotic mobile bases for EOD or reconnaissance applications in the World. In result, we were a perfect first point of contact. Since the beginning, we treated our partner and this project seriously. All the time we were aware that other manufacturers are also interested in this sales opportunity. In no small part our partner takes the credit for the fact that eventually we were the ones, who won the contract.

How did you promote your offer for the client?

It was our partner, who was mostly responsible for the promotion of our offer directly in Vietnam. We’ve already mentioned about a special brochure describing our products, offer and manufacturing capabilities, which was published in the local language. Interestingly, our client did not require to organise a presentation of our robots directly in Vietnam. They rather preferred to visit our facilities in Poland.

After some time we reached a point, in which our client finished configuration of the desired EOD set. Shortly after we decided to send our team to Vietnam, in order to meet with a special Collegium set up by the MoD, which was composed of representatives of particular departments, including a technology, procurements or armament departments. Our representatives conducted a final presentation of our offer, including the EOD robot, explosion containment vessel and the vehicle.

Interestingly, during this process we assisted our partner in the promotion and presentation of a number auxiliary equipment, which was previously selected by the Vietnamese and was destined to be installed as part of our set, but which was not part of our direct delivery.

Why the whole process lasted so long?

We understand that internal regulations in Vietnam, as well as the in depth evaluation and analysis of market availability, which was conducted by the local MoD, were the main reasons for the whole process to take 2 years. 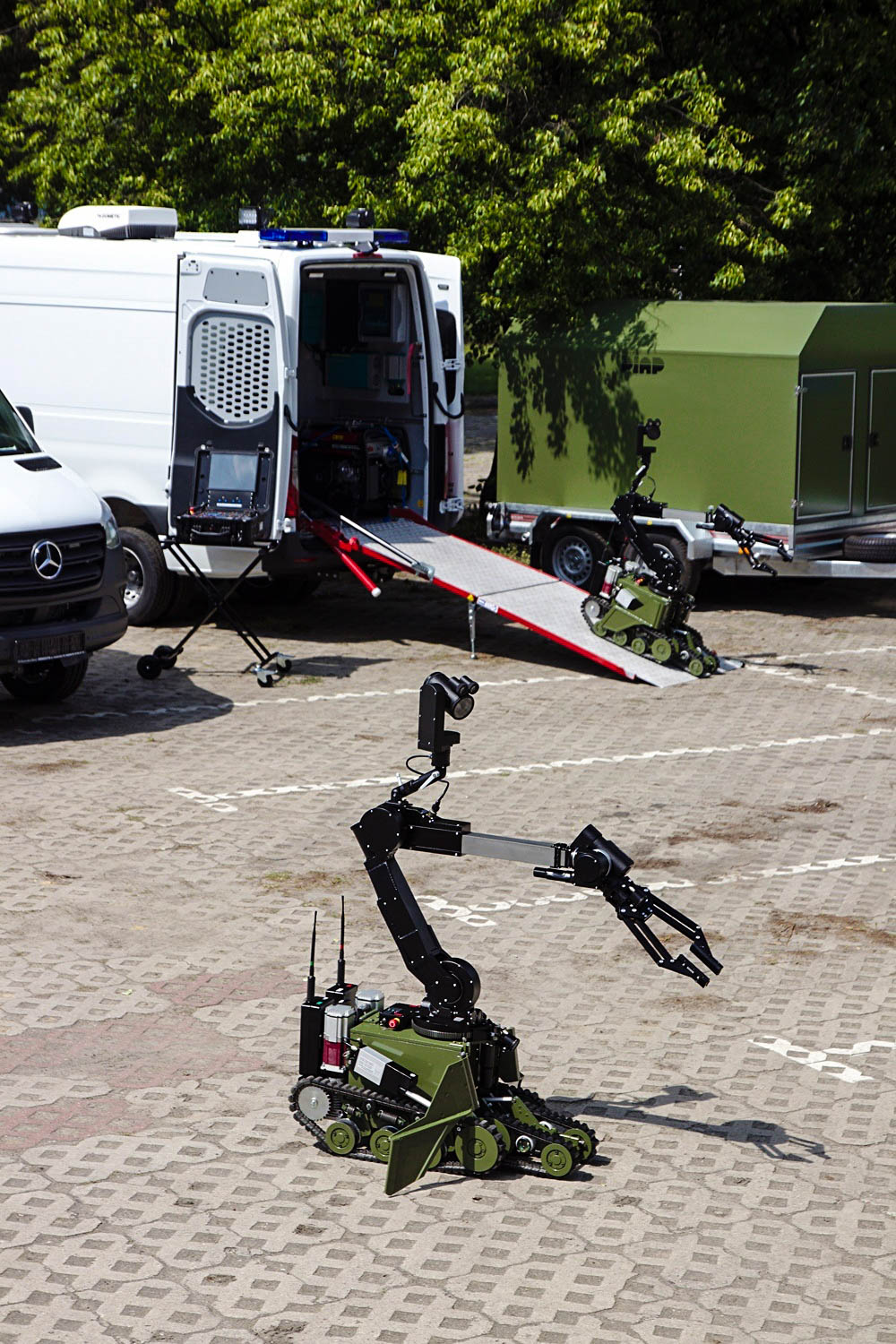 The Vietnamese Army, which will be the main operator of PIAP’s pyrotechnic sets, had already worked out a special tactic for dealing with EOD-like threats. However, the service lacked proper equipment. The systems, which were delivered by Lukasiewicz – PIAP Institute, will be used mainly to conduct reconnaissance and neutralization of improvised explosive devices (IED) and other potentially hazardous materials / Picture: Lukasiewicz – PIAP Institute

Did you have to implement any major enhancements to the EOD robot Expert for the needs of the Vietnamese client?

Modifications, which we implemented in the Expert’s design weren’t essential. They were related to the drive systems and batteries, which was more a result of the availability of these components on the market. However, we managed to keep most of robot’s catalogue parameters, such as endurance, speed or lifting capabilities. It’s important to say that thanks to the installation of a fibre optic cable, we can attach more accessories to the robot.

When can we expect delivery of the EOD sets to Vietnam?

All essential equipment was formally handed over to the client in Autumn. Therefore, deliveries are already complete.

What will be the most important application of PIAP’s EOD sets in the Vietnamese Army?

They will be used mainly to conduct reconnaissance and neutralization of improvised explosive devices (IED) and other potentially hazardous materials. Our pyrotechnic sets will be operated as mobile reaction centres to counter bomb-related threats and will include such applications as the use of EOD robots, detectors or other equipment, which will allow to evaluate and assess if a potentially hazardous package constitutes a real threat and whether can it be neutralized on site, with the use of special accessories. 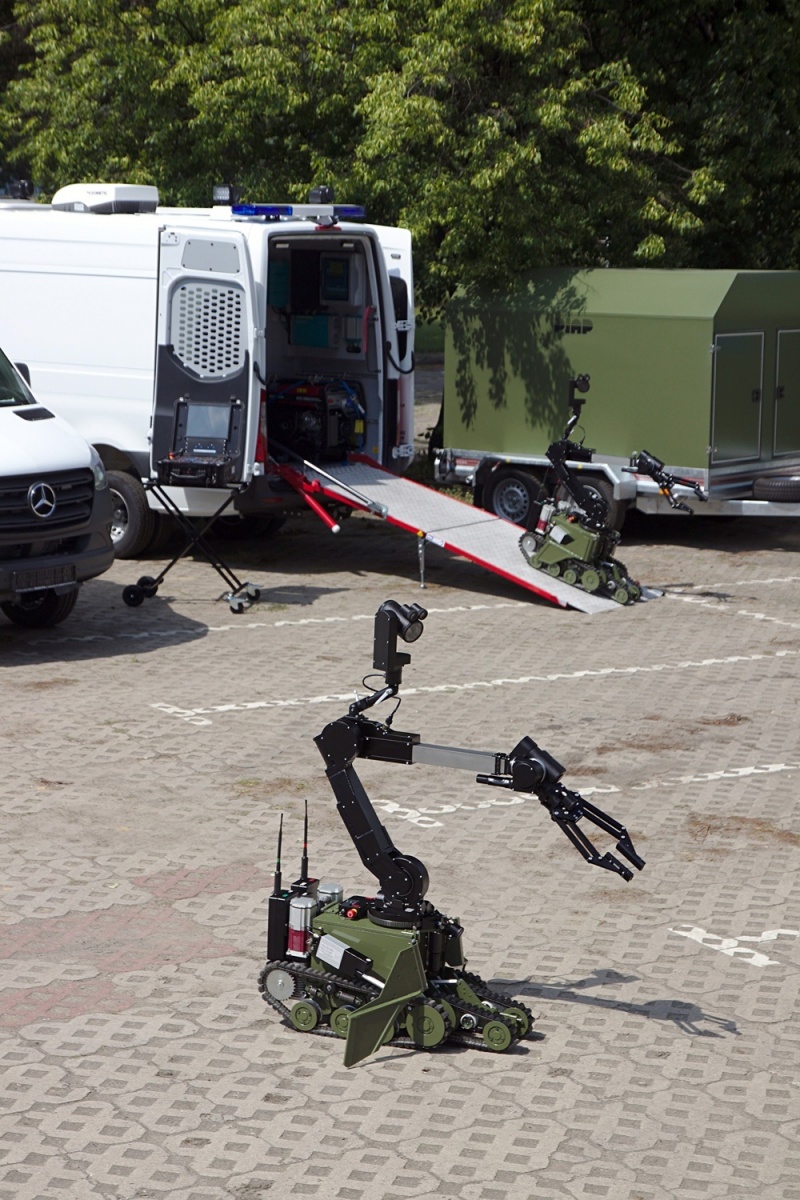 What is your evaluation of Vietnamese overall requirement for such EOD equipment?

We can only guess, at this moment. However, we hope that our business relation with the Vietnamese Army or the armed forces overall won’t end with the delivery of these three EOD sets. Our partner has the same view.

If we compare it with Poland, where the Lukasiewicz – PIAP Institute has already delivered nearly 100 robots to the Army, we see that in the case of Vietnam, a country which has twice the size of the population and a five times bigger Army, we believe that the already concluded delivery was just a test and future sales area just a matter of time. 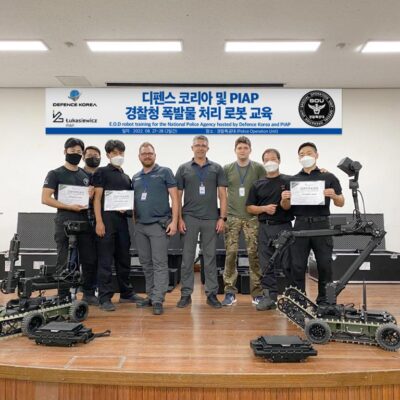 At the end of September 2022, the Łukasiewicz Research Network – Industrial Institute for Automation and Measurements (PIAP) delivered pyrotechnic… 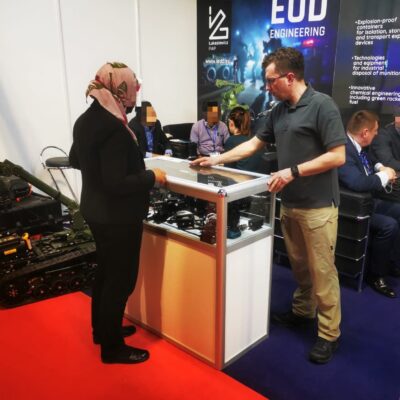