The Latvian Ministry of Defence (MoD) has made a determination to procure a number of wheeled, tactical vehicles, as it identifies an urgent requirement to modernize the vehicle fleet operated by its armed forces. This will be the second attempt of the Baltic country’s to conclude such an acquisition programme, as the previous one failed due to irregularities in the evaluation and selection process

The intention to launch a new procurement programme was announced by the Latvian MoD at the beginning of October. The tender for the acquisition of a series of 4×4/6×6 tactical vehicles was preceded by a profound evaluation of the country’s requirements and market availabilities. Procurement of new vehicles will most probably be concluded through a government to government agreement.

According to the Latvian MoD, more than 10 countries have shown their interest in the future tender and submitted offers for delivery of new 4×4/6×6 tactical vehicles. Although the list of participants is confidential, it is expected that the tender has brought attention from a number of EU- and NATO related countries and companies, as well as states, which Latvia has a close cooperation with in the field of defence.

The Latvian MoD was said to have already started the evaluation of submitted bids, including assessment if proposed tactical vehicles and associated services comply with a long list of technical requirements pre-defined by the department. The selection process should also include a long and profound programme of field tests, which will evaluate vehicles performance and operational capabilities. 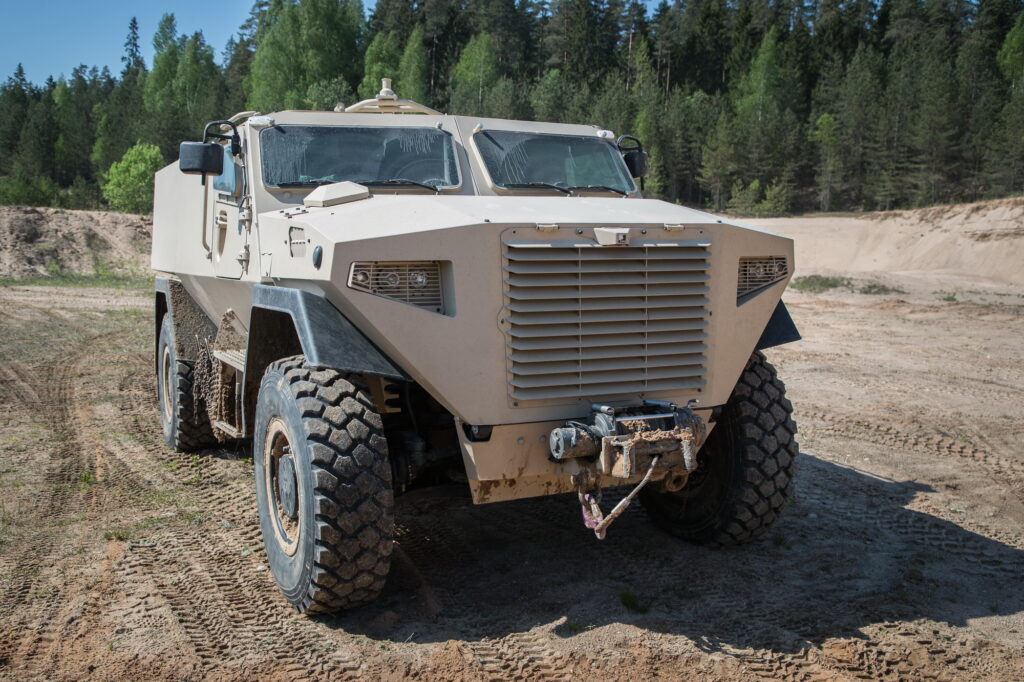 The Finnish Oy Sisu Auto, which offered the GTP 4×4, was selected as the preferred bidder in the first tender for the procurement of a fleet of tactical vehicles. However, a number of irregularities, which were discovered during a profound evaluation of the tender procedure, launched on the basis of complaints submitted by other manufacturers, lead to the decision to terminate the program and launch a new one / Picture: Latvian MoD

Broad interest from the industry 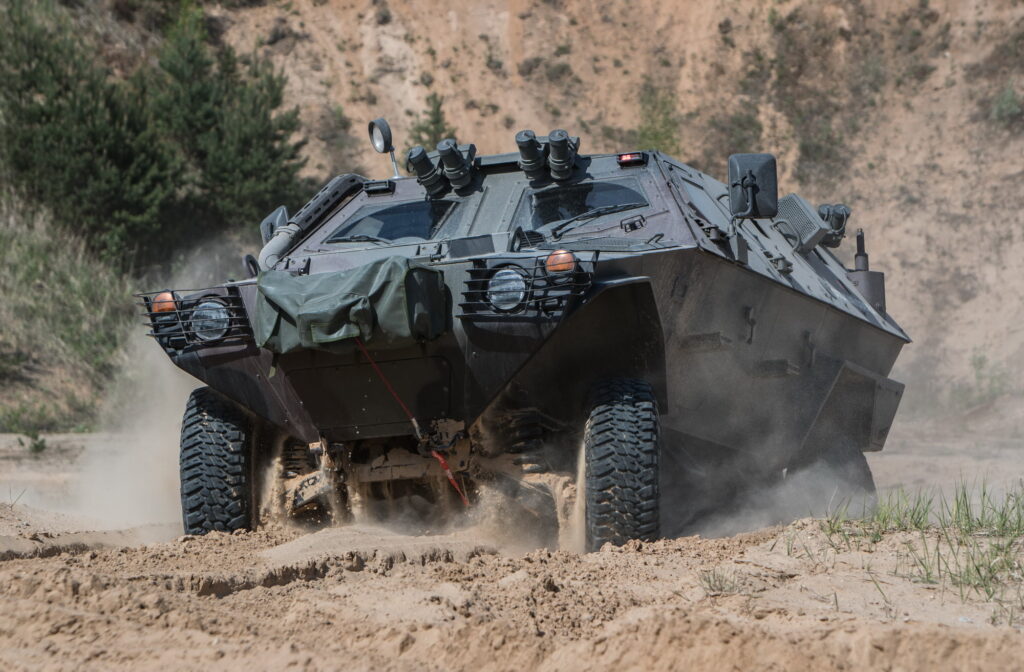 The Turkish Otokar, offering its Cobra 4×4 tactical vehicle, was one of a handful manufacturers invited to take part in the 2nd stage of the initial tender procedure, launched in 2017 / Picture: Latvian MoD

At the moment it is not clear, which countries and companies in particular have shown interest in the Latvian procurement programme. However, it is expected that the acquisition plan has drawn wide attention from mostly Western, NATO-related companies originating from Europe and USA.

The Czech Excalibur Army has officially confirmed its intention to participate in the Latvian tender. However, the company declines to comment on the platform, which will make up for its bid, emphasizing that it will first have to get acquainted with technical and tactical requirements set by the Latvian MoD.

Nevertheless, it is expected that the Excalibur Army will most likely offer the lightest version of its renowned Patriot vehicle, which the company promotes intensively on the local and International markets. The platform is said to have a large potential to adjust the superstructure to the specific requirements of a particular client, in this case the Latvian armed forces. Furthermore, the vehicle is designed in a way that allows its future modification, in response to changing requirements of the battlefield, enhancing its operational and combat capabilities, as well as performance.

The newly launched tender is Latvia’s second attempt to procure a fleet of tactical, wheeled vehicles. The first acquisition programme was terminated shortly after selection of the winning platform, due to a number of irregularities in the evaluation process.

The first, two-stage tender brought together at its initial stage no less than a dozen manufacturers, such as the Paramount Group from South Africa, Israel Aerospace Industries Ltd. suppliers consortium, AS UPB from Latvia, Otokar from Turkey, Oy Sisu Auto from Finland, as well as American AM General and Oshkosh Defence USA.

The 1st stage of the previous programme was conducted under the negotiated procedure. In result, six of the bidders were found by the MoD eligible to continue to the 2nd phase of the process, during which selected companies had to submit their detailed bids and presented the proposed vehicles for testing. A special procurement committee verified, if the bids complied with operational requirements of National Armed Forces. 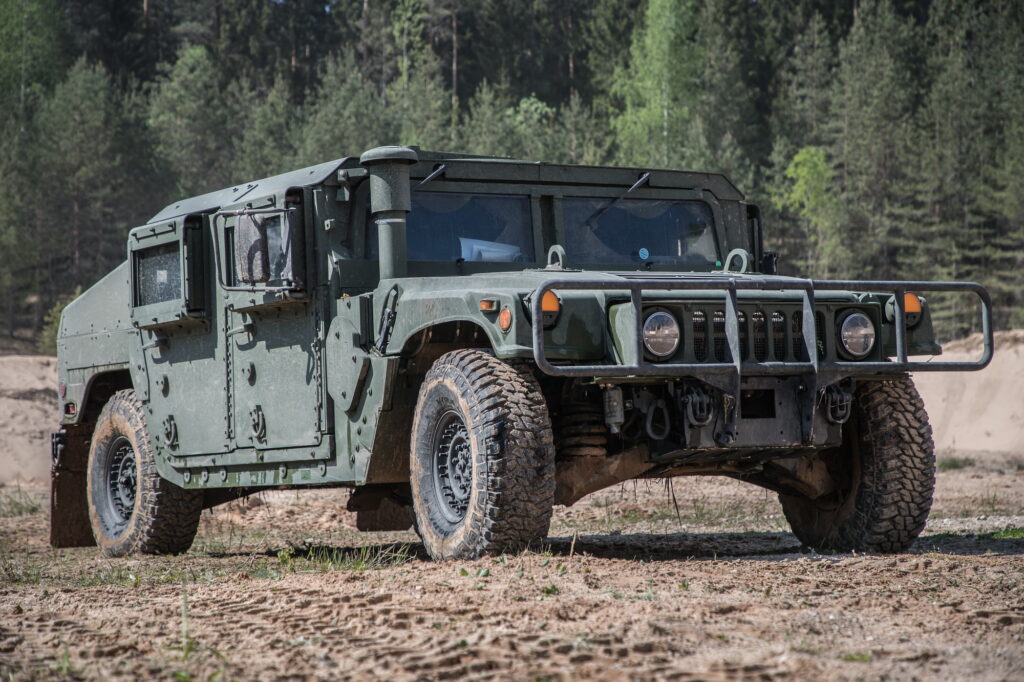 The American AM General was said to be among a group of manufacturers, which contested the results of the first tender for new tactical vehicles, and required a profound evaluation of the selection process / Picture: Latvian MoD

In late 2018 the Latvian MoD announced that in result of the profound evaluation process it selected the Finnish Oy Sisu Auto, which offered the GTP 4×4 tactical vehicle, as the preferred bidder, allowing for the start of final contract negotiations.

The Finnish manufacturer and Latvian MoD were expected to reach the final agreement on the size of the future fleet of tactical vehicles, as well as contract’s value in due time. Both partners were also to discuss possibilities of further cooperation, including involvement of the Latvian industry in the manufacturing process, as well as working out a plan for the overhaul and upgrade of the vehicles during their whole service-life.

However, before contract negotiations could conclude, the procurement process was hindered by the by the country’s Procurement Monitoring Bureau, which launched the profound investigation of the whole programme on the basis of complaints submitted by other bidders, who failed to secure the contract. In result, a number of irregularities in the evaluation and selection processes were identified, which led to the decision to terminate the whole project.

The direct reason for termination of contract negotiations was the inability to eliminate the discovered irregularities in the scope of the current, at that time, selection and procurement procedure, in order to make it compatible with country’s legal regulations. Therefore, the procurement committee at the MoD decided that it would be more efficient to cancel the ongoing procedure and launch another project after implementing required legal changes.

According to the Latvian MoD the planned procurement of a series of tactical vehicles is a necessary investment in country’s defence capabilities, which complies with the strategic goals of Latvian security policy. ‘Adequate military mobility is vital for enhancing National Armed Force combat capabilities. Responsible staff has been tasked with review of the technical requirements to make sure the procurement is successful’, said the Defence Minister of Latvia Artis Pabriks.

‘An intergovernmental agreement would resolve any concerns about this procurement. We must find and decide which partner country government can provide our National Armed Forces the necessary operational mobility platforms as soon as possible’, he added.

The Latvian MoD stresses that the procurement of new vehicles will enhance the tactical mobility of the country’s armed forces. This is a particularly important prerequisite in the process of strengthening of troop’s combat capability. Therefore, the procurement procedure is planned to be implemented as soon as possible.

The Baltic country also expects that the local defence industry will benefit from planned procurement of new tactical vehicles, which is being described as on of the biggest military acquisition programmes in Latvia’s history. Therefore, it is expected that the long list of requirements set for the bidding manufacturers, includes also the wish to set up a local production of either whole platforms – which would depend on the size of the contract – or at least of selected subsystems and onboard equipment. Furthermore, Latvian companies could also play a hand in the future overhaul, repair and upgrade projects. 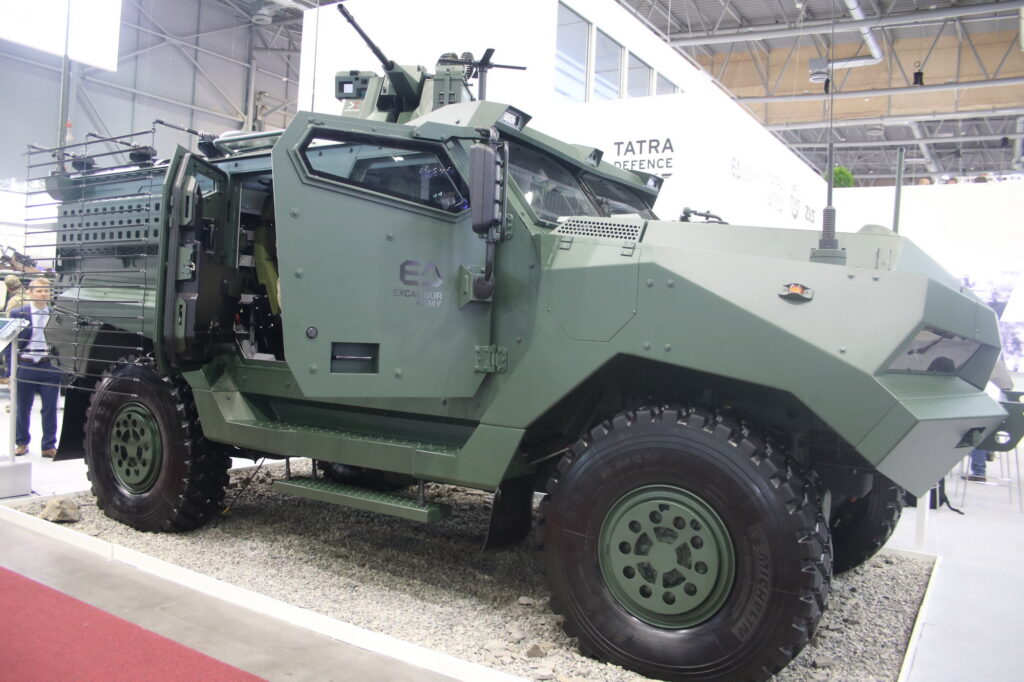 The Excalibur Army from the Czech Republic is one of the manufactures, which have shown interest in the repeated tender for new Latvian tactical vehicles. The company will most likely offer a version of its Patriot 4×4 vehicle / Picture: Michal Jarocki

The planned procurement of new tactical vehicles in not the only investment in the mobility and operational capability of Latvia’s armed forces, as the Baltic state intends also to acquire a fleet of new tactical trucks.

Jānis Garisons, the Secretary of State at the Latvian MoD, announced at the beginning of 2019 that the country intends to procure a yet unspecified number of new utility vehicles. The new procurement programme could take as long as ten years to conclude. Its value has been said to be at least several million Euro.

It is expected that a number of European manufacturers will show their interest in the planned procurement and eventually submit their bids. It is not yet known, however, what technical and tactical requirements will be set by the MoD. It’s probable that the future evaluation process will include such aspects, as the operational capability, performance and efficiency of exploitation of the vehicles, as well as procurement and sustainment costs throughout their for life-cycle. New utility trucks will complement the fleet of tactical vehicles, which are currently operated by the Latvian armed forces, which includes almost 200 trucks received from Norway as a donation made over the past several years. 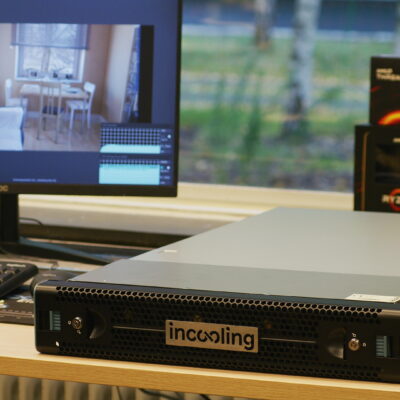 Rheinmetall takes up a stake in Incooling B.V. of the Netherlands

Strategic step in digitalization: Rheinmetall takes up a stake in IT hardware specialist Incooling B.V. of the Netherlands. 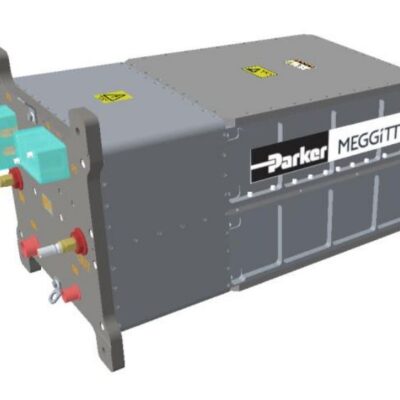