AH-1Z – The Most Affordable Option of the US-made Combat Helicopter?

According to data included in a report of the Under Secretary of Defense (Comptroller), US Department of Defense, that among the US-manufactured helicopters, the AH-1Z is the cheapest option as far as the exploitation costs are concerned.

In an interview given to MILMAG a few weeks ago, Colonel Vasilios Pappas, the Manager of the H-1 programme (PMA-276) in US Marine Corps on the acquisition, development and support of the operation of vulnerability close support rotorcraft, combating armoured targets, escort missions, reconnaissance and fire support, he repeatedly emphasized that both AH-1Z and UH-1W helicopters are adapted to the specifics of the exploitation required by the US Marines. This specifics involves limited infrastructure that technical staff has in its disposal in conditions of actual combat operations, away from parent bases and technical support ships. One of the features that USMC requires is a limited need for maintenance work, which ensures greater availability of helicopters. This was obtained by the prolonged periods betwenn routine inspections compared to older versions, such as AH-1W. This approach is also reflected in the cost of operating helicopters. Smaller service requirements allow to reduce direct costs incurred for their exploitation. 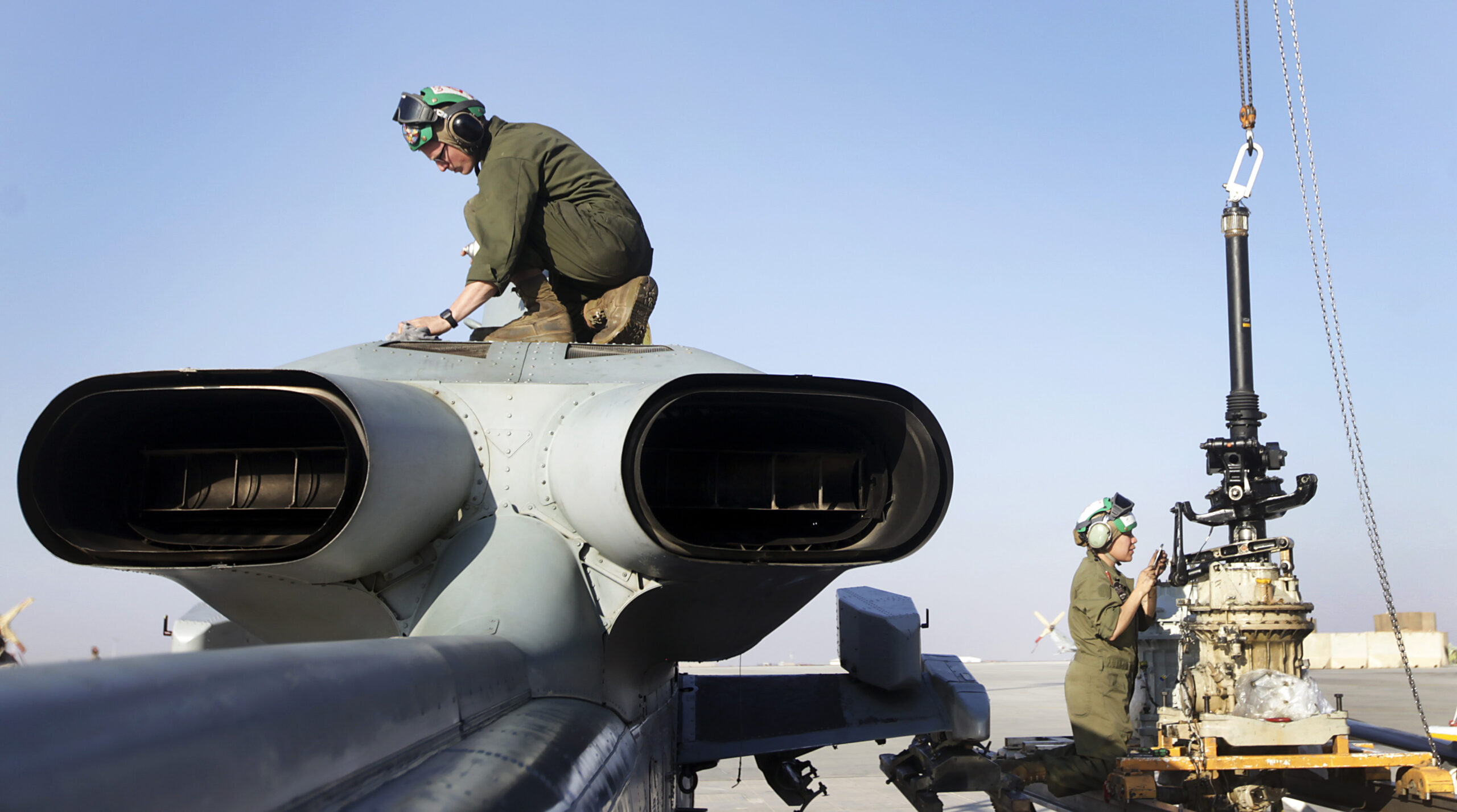 Reports of the Comptroller of Department of Defense

Under Secretary of Defense (Comptroller) Office of the US Department of Defense, which exercises civil supervision control over defence expenses in the US, produces yearly reports containing detailed values ​​of direct costs per one hour of flight the defense budget bears, and thus the US taxpayer, as regards to all individual types of aircraft used in all branches of US Armed Forces. The aforementioned direct operating costs (Reimbursement Rates) include expenditures spent for fuel, technical service, supplies spare parts, consumables, etc. incurred in the previous year. In these reports, we can find, among others, the costs of operating combat helicopters used by US Navy and US Army based on one hour of flight.

Reports published in the recent years demonstrate that the cost of a flight hour of AH-1Z varies around USD 4,500. In the relation to the AH-1W Super Cobra version, in the years when the Viper has been introduced to service, the cost of one hour of flight of the latter was approximately USD 6,400 in 2015 and approximately USD 5,500 in 2016 and was about 15% lower than an hour of flight of AH-1W – approximately USD 7,100  in 2015 and approximately USD 6,600 in 2016 respectively. Higher flight time costs compared to the current period result from higher fuel costs those days. Let us remember that the price of crude oil in 2015 – 2016 remained above USD 100 level per barrel, while in the period of 2020 – 2022 it ranges from about USD 25 to about USD 80  per barrel.

A list of operating costs of AH-1Z helicopter when compared with its current main competitor of the brand new AH-64E Apache/Guardian machines, seem s to be interesting as well. A few years ago, in the period of 2015 – 2016, the cost of an hour of flight of the Guardian’s predecessor – AH-64D Apache Longbow – was basically as much as in the case of Super Cobra. In 2020 – 2021 reports, the cost of Guardian’s operations was approximately USD 6,300 per hour of flight, or about 25% less than in the case of AH-64D – USD 8,400 per hour of flight. 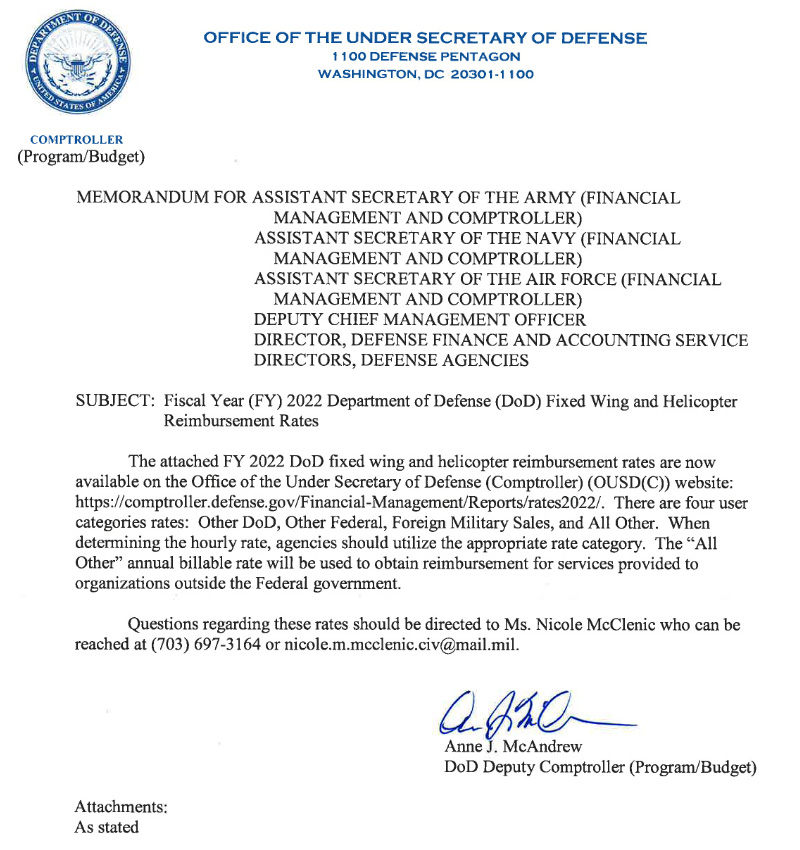 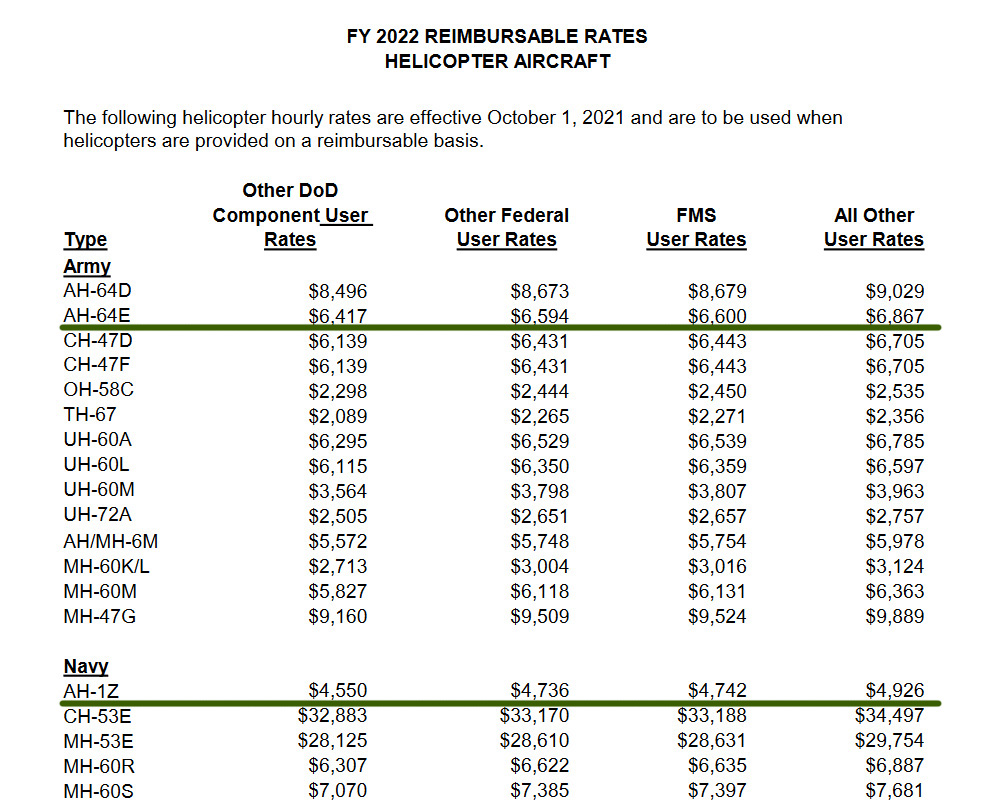 Fragments of the report prepared by the Under Secretary of Defense (Comptroller), Department of Defense FY 2022 Reimbursable Rates

In this record sheet, the AH-1Z Viper with the costs at the level of USD 4,500 per hour of flight in the report on 2022, remains the cheapest combat helicopter offered by the US Air Industry. In comparison with AH-64E – USD 6,500 per hour of flight – the cost of its operation is – by approximately 30% – lower lower than in case of the latter. In the perspective of purchase of combat helicopters by7 Poland, as part of the Kruk programme, attention should be paid to the costs that the Polish taxpayer will bear for jointly the purchase and maintenance of newly acquired combat helicopters in the forthcoming several decades. Costs lower even about 30% per one flight hour can be an important factor considered when choosing a helicopter to be purchased. Importantly, the above-mentioned figures ​​refer to the US users, however, costs for users who have acquired equipment under the FMS programme (Foreign Military Sales) – which will most likely include also Poland – is only slightly higher. In the report for 2022, the difference is approximately USD 200 per hour of flight for both types of helicopters. 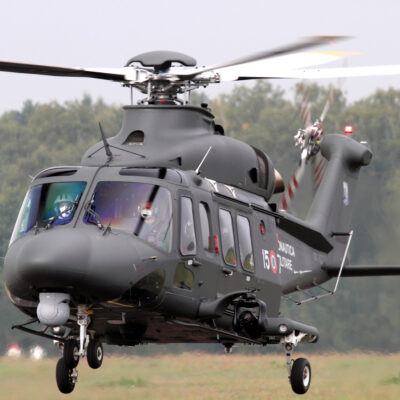 Incoming replacement of Polish Armed Forces’ helicopter fleet can be a chance for better use of Polish industrial potential. Polish Aviation… 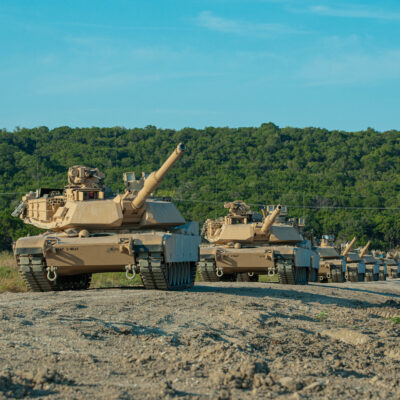 Deliveries of M1A2 Abrams SEPv3 for four battalions of Polish Armed Forces will start next year.