Rheinmetall’s combat helmets to the Bundeswehr

Rheinmetall has reached another milestone on the road to equipping the German military with a new combat helmet. On 6 December 2022, Christine Lambrecht, the German defence minister, took official delivery of the first items of military clothing and personal equipment ordered by the Bundeswehr in response to the abruptly changed security situation in Europe. The equipment includes the new combat helmet being supplied by Rheinmetall. Quick off the mark, Rheinmetall had already successfully concluded formal qualification of the tactical headgear as well as quality inspection of the first three lots of subsequent procurements. 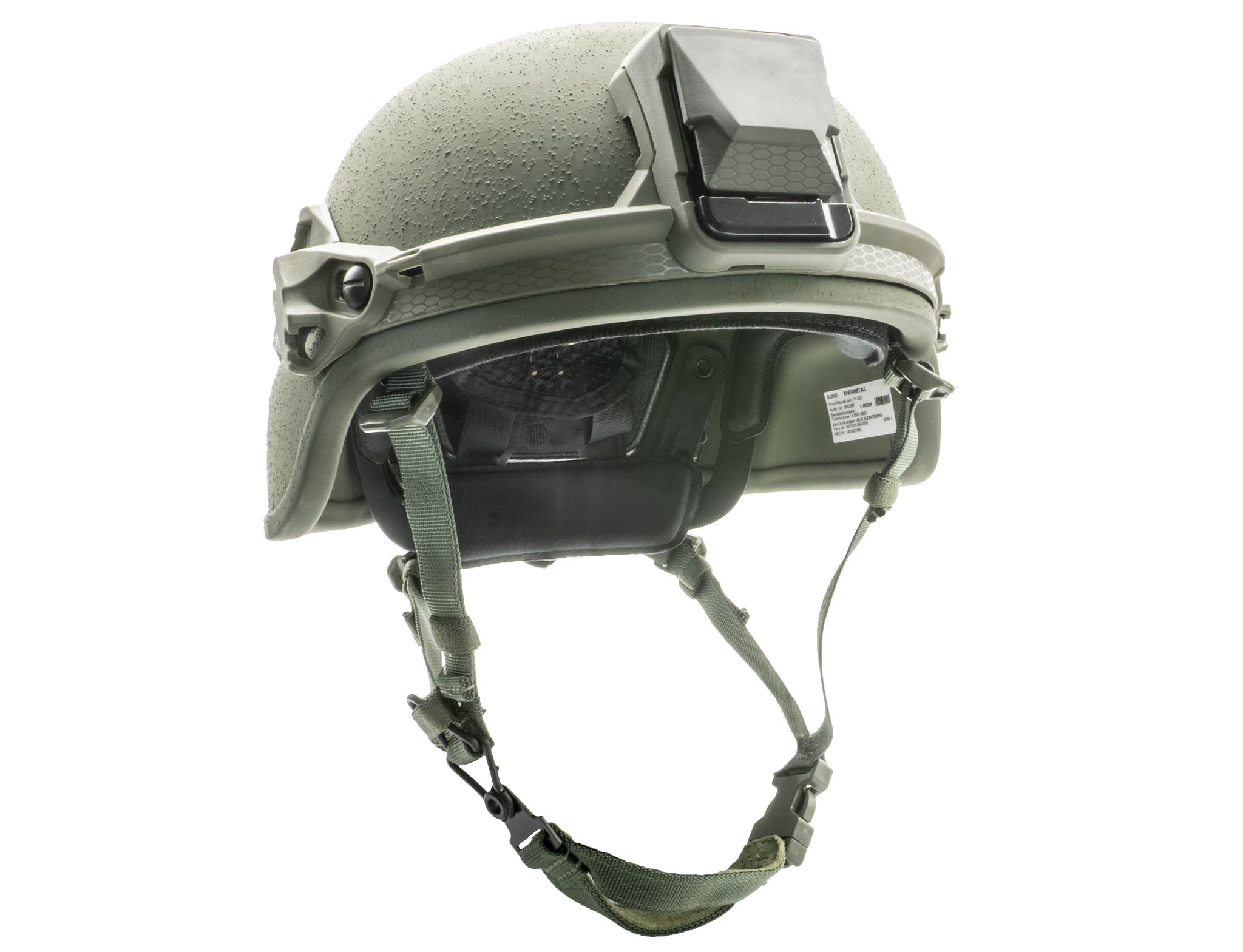 In November 2020 the Bundeswehr placed an initial order with Rheinmetall for an advanced combat helmet. The framework agreement encompassed delivery of up to 20,000 “Combat Helmet, Special Forces, Heavy”. A first call-off of 5,000 helmets came the same month. The helmets were initially earmarked for special operations forces and specialized troops with an expanded basic capability for conducting special operations, as well as for equipping NATO’s VJTF 2023 spearhead force. In March 2022, spurred by the dramatic turn of events in Europe, the Bundeswehr significantly expanded its order. The new helmet model would now be known as the “Combat Helmet, Armed Forces”. In all, the follow-up order encompasses some 300,000 helmets, which will be supplied to the German military during the period 2022-2025. Rheinmetall is cooperating in this programme with two strategic partners. Total order volume exceeds €200 million.

Since 2020, nearly 34,000 helmets have been supplied. By the end of the year, a further 11,000 will reach the troops. The order was won by Rheinmetall Soldier Electronics of Stockach, Germany. A specialist supplier of laser light modules, the company is extremely well-connected in the soldier systems segment.